Missy is based in Paris and runs a blog that talks about … pizza ! Among the interesting finds at the Paris Parizza show, she stumbled about the latest innovation in nomad beverages : Winestar premium French wine in cans ! 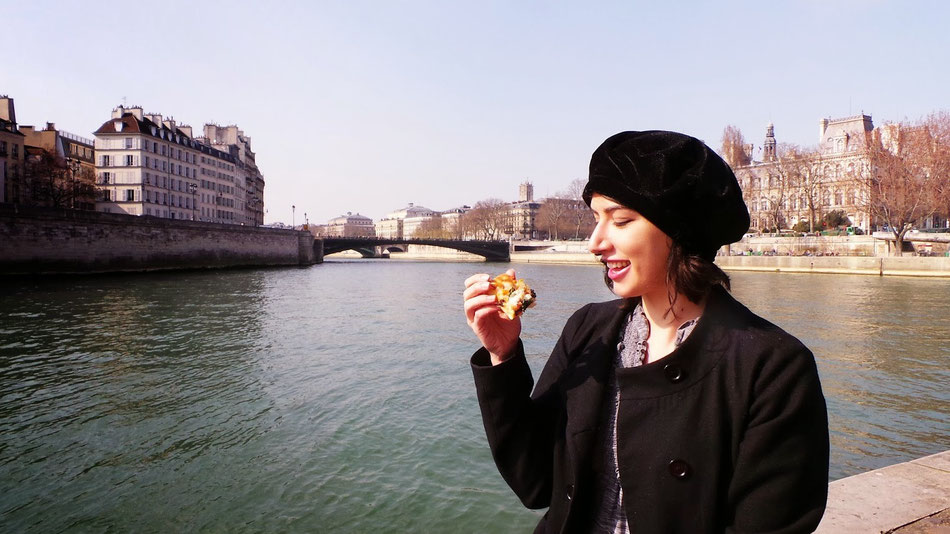 I do believe there is a company or two or three in the U.S. which is already making wine in a can. In France, it’s a hard sell since people are basically born with a cork in their mouth. As I was speaking with the President of Winestar, Cédric, a French man approached the stand, somewhat appalled at selling wine grown in castles out of a can. So it goes. I tried it, and it was great wine! Convenient for airplanes and having picnics.
You can take wine anywhere, hence the slogan “free your wine!” 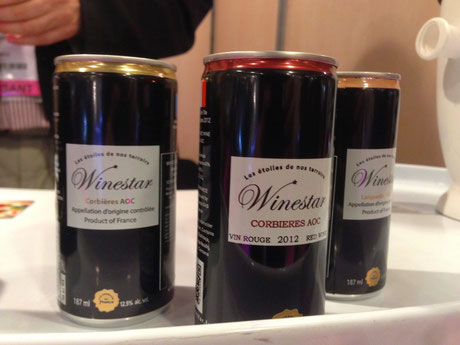 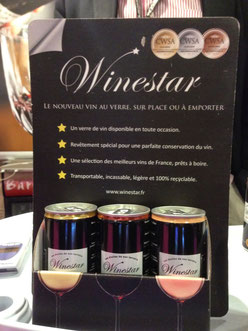